The project is off the rails. There goal was to migrate a service from an old platform to a new one, but at 70% done, the performance of the new system isn't satisfactory, and there are key functional gaps. Smart people offer ideas, but nobody is taking responsibility. All components report green on their end, but the engine won't start. Troubleshooting degrades into blamestorming, opinions masquerade as facts, and productivity plummets. Fractures form in the team, putting people on defence and further reducing the chance of recovery. The executives are getting antsy, and the reasons for delay more creative. The project turns yellow, and finally turns red.

Have you been there? Good chance you have, since according to a McKinsey studyof 5,400 large scale IT projects, the average runs 45% over budget, delivers 56% less value than predicted, and 17% of the time, they go so badly that they can threaten the very existence of the company. As a technology industry, how do we get this so wrong?

At the risk of over-simplifying a very complex problem, allow me to offer a basic theory of project performance.

My thesis is this:

Rational people with a shared goal, given the same facts in the same context, make similar decisions and behave in a predictable way.

Teams in this state are said to be 'calibrated', and respond predictably as individual actors in a system progressing along a planned path. However, if a team is or becomes poorly calibrated, individual actors in the system will behave differently than other actors would have behaved in the same situation, and as this skew compounds with time, the integrity and performance of the team degrades.

In short, projects are failing because the team is not calibrated. 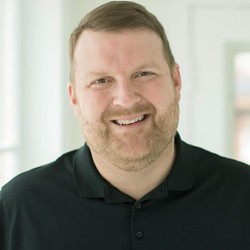